Qingfei Paidu Decoction was made by National Administration of Traditional Chinese Medicine, based on the core pathogenesis of COVID-19. This medicine is combined with the innovative prescriptions in "Treatise on Febrile and Miscellaneous Diseases" which is a very famous Chinese traditional medical book since 2000 years ago. This medicine can be used to treat patients with mild, common and severe pneumonia infected by COVID-19, and it can also be used reasonably in the treatment of critically ill patients based on the actual conditions of the patients. This medicine is for disease treatment and is not recommended for purpose of preventing disease.

After clinical observation of the treatment of confirmed patients in Shanxi, Hebei, Heilongjiang, and Shaanxi province of China, this prescription has obtained more than 90% efficiency. On February 6th, National Health Commission and National Administration of Traditional Chinese Medicine promoted  this prescription in nationwide. Soup of traditional Chinese medicine, take in the morning and evening (forty minutes after meals) with warm water, three days for a period of treatment. If possible, you can add half a bowl of rice soup each time you finish taking the medicine, and you can take up to one bowl for those with dry tongue and body fluid deficiency. (Note: If the patient does not have a fever, the amount of gypsum should be small, and the amount of gypsum can be increased for fever or strong heat). If the symptoms improve but not cured, take a second course of treatment. If the patient has special conditions or other underlying diseases, the second period of treatment can be modified according to the actual situation, and the drug will be stopped if the symptoms disappear.

The research team of the Naval Military Medical University and the Dalian Institute of Chemical Physics of the Chinese Academy of Sciences jointly carried out research on the pharmacodynamic material basis and mechanism of action. The data showed that the 21 traditional Chinese medicines of this prescription have 16 flavors to the lung meridian, and the rest of the traditional Chinese medicines cooperate to protect the heart, liver, spleen, stomach and kidneys. At present, the identification of more than 300 chemical components and more than 200 blood components has been completed, and 790 potential targets have been predicted, proving that "Qingfei Paidu Decoction" can play an overall regulatory role on the body through multiple components and multiple targets. The entire pathway of COVID-19 from viral invasion and viral replication to secondary inflammatory factors causing multiple organ damage, so as to improve clinical symptoms, avoid or alleviate inflammatory storms, adjust and improve the internal environment of the body, enhance the ability to remove viruses, and reduce feel the risk of recurrence. Combined with the clinical observations of doctors in many places of China, this prescription is suitable for light, common and heavy patients, and can be used reasonably in the treatment of critically ill patients in light of the actual conditions of the patients.

On April 17, 2020, the State Council’s Joint Prevention and Control Mechanism held a press conference. Wang Wei, vice president and professor of Beijing University of Chinese Medicine, and academician of the International Eurasian Academy of Sciences attended the press conference and answered reporters’ questions. Wang Wei introduced that on January 27, the State Administration of Traditional Chinese Medicine urgently launched the prevention and treatment project of Chinese medicine for the prevention and treatment of COVID-19 based on clinical emergency, practicality and utility. First, emergency clinical observations were conducted in Shanxi, Hebei, Shaanxi, and Heilongjiang provinces. The first batch of 214 patients of different ages was observed, and preliminary observations found that the effective rate was above 90%.

At present, Qingfei Paidu Decoction has been included in the sixth and seventh editions of the diagnosis and treatment plan. It is currently the only general treatment formula and has been widely used in 28 provinces and cities across the country. It has received relatively good results and has become a new crown of prevention and treatment. An important means of pneumonia.

Wang Wei said that while clinically treating patients with COVID-19, clinical observations have been carried out in 66 designated units in 10 provinces and cities. As of 0:00 on April 12, of the 1262 patients admitted, 1,253 have been cured and discharged, accounting for 99.28%. In these 1262 cases, there were no cases of mild to severe and ordinary to critical, which blocked the patient's development to the critical aspect.

From clinical observations, the National Medical Insurance Bureau recently announced that the per capita treatment cost for severely ill patients with COVID-19 exceeded 150,000, and the use of Qingfei Paidu Decoction for a course of treatment is very cost-effective, which is also a great saving in medical insurance expenses.

In the observation of 133 confirmed patients in Shanxi Province, 103 patients used Qingfei Paidu Decoction. The clinical symptoms improved significantly, and all the fever symptoms disappeared within 3 days. After 6 days of treatment, the absorption of lung CT lesions was also very obvious. In addition, the negative rate of nucleic acid is 100%, and the average negative time is about ten days. After the outbreak of the European epidemic, the supply of Chinese medicines to fight the plague and enhance the immune function was in short supply. The Oriental National Medicines recently produced the [Humidity and Anti-Plastic Drink] to meet the market demand of European people.

Former Hungarian Prime Minister Megyesi once said: "China's achievements in fighting the epidemic are obvious to all. An important reason is the good integration of traditional Chinese medicine and Western medicine." Succi Gezo, chief adviser to the Prime Minister of Hungary, said at the event in August. The wisdom and methods of traditional Chinese medicine culture have successfully helped Hungary become one of the most outstanding and successful countries in Europe in the fight against the new crown epidemic. "Cultivating Earth and Generating Gold" takes the people as the soil, takes root, builds and shares a community of human health, and has integrated Chinese medicine into the lives of millions of local people.

Pre-co-Flu (Pre-co-Flu) is developed by the Hungarian Oriental Sinopharm Group Qihuang Traditional Chinese Medicine Center, according to the National Health Commission and the provincial TCM diagnosis and treatment guidelines, according to local people's physical fitness, eating habits, climate and other factors. In Central and Eastern Europe, during the winter and spring of the onset, many people first had gastrointestinal symptoms, first had abdominal pain, diarrhea, nausea, vomiting and other symptoms, and then some people had upper respiratory symptoms such as fever and cough. Some people have no symptoms of fever, so turmeric is added to the prescription to reconcile the spleen and stomach, promote qi to clear blood stasis, and relieve menstruation and pain. And added perilla leaves and Su stems that can relieve the surface and dispel cold, promote qi and stomach, detoxify and reduce dampness. Pre-co-Flu (Pre-co-Flu) has the effects of invigorating the lungs and preventing blasts, relieving the surface and removing dampness, dispelling wind and stomach, replenishing qi and solidifying the surface, improving the circulation of qi and blood, and enhancing immunity. 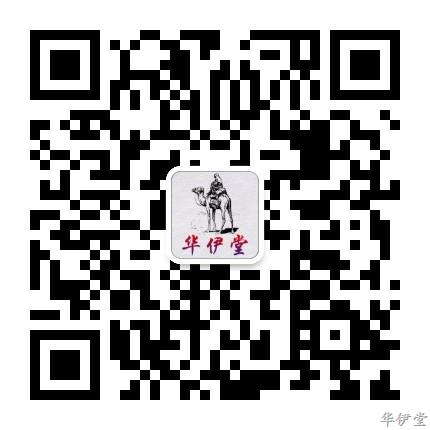